A Thin Layer of Oily Rock: A Conversation with Chris Korda 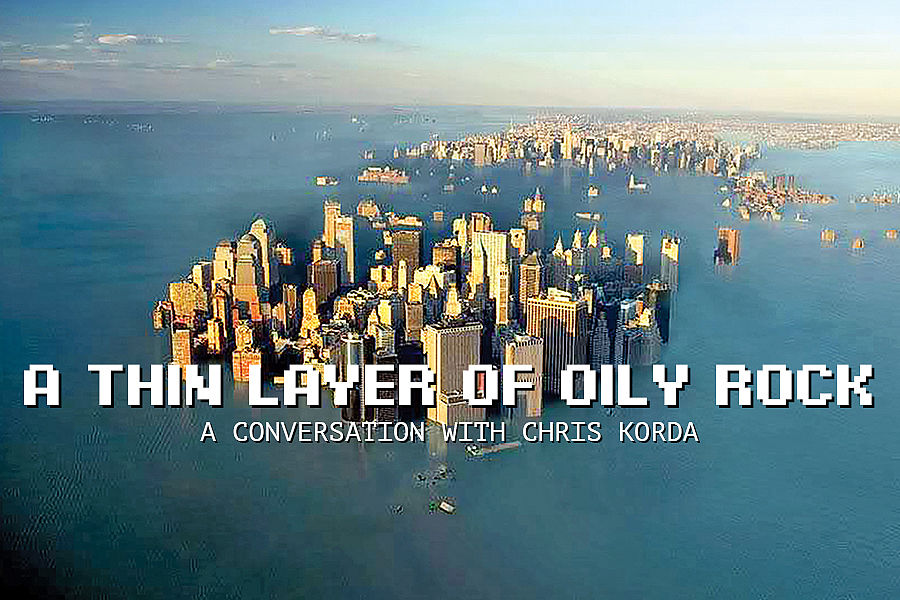 The XenoEntities Network (XEN) is very happy to present a program dedicated to the work of Chris Korda, an inventor, artist, electronic music composer and performer, famous for stirring up the debate on anti-natalism, the Anthropocene and the future of the planet and humanity together.

In this program, curated by Pedro Marum and Wanda Gaimes, they invite Korda to present his work in a double program.

Chris Korda is an inventor, artist, electronic music composer and performer, perhaps best known in his capacity as Reverend of the Church of Euthanasia, a dadaist direct action group in the US. The Church was born at the dawn of the new millennium, specialized in mainstream culture jamming and moral arson, and faithfully focused on the twin monsters of unbridled, industrialized human life and its ecological impact. Their bestselling bumper sticker, “Save the Planet, Kill Yourself,” neatly captures their sardonic anti-humanist ethos, enshrined in the organization’s four perverse pillars for voluntary population reduction: SUICIDE, ABORTION, CANNIBALISM, and SODOMY.

Aside from the surrealist street interventions the Church staged at anti-abortion protests and other public events, many of which culminated in physical attacks against Church members, Chris Korda also disseminated the teachings of the Church in public interviews (Jerry Springer, “I want to join a suicide cult!”, 1997), self-published essays and texts, as well as several controversial electronic dance music productions, including the EP Save the Planet, Kill Yourself (Kevorkian Records 1993) and the LP The Man of the Future (International Deejay Gigolo Records, 2003). The video for Korda’s single I Like to Watch (Null Records, 2002) featured a mashup of 9/11 news footage spliced with porn and sports clips, sparking a boycott at the record plant where it was being pressed. The Church eventually ceased its activities under mounting pressure from the conservative political and cultural climate of the War on Terror, while Chris Korda turned his attention to technical inventions in the field of open source software and AI-enhanced musical composition and pottery design. Returning to Berlin for his first public appearances since 2003, Korda will revisit the recent history of the Church and discuss his constantly evolving views on post-anti-humanism and the politics of reproduction in the Anthropocene.

The talk will be moderated by Christopher Sweetapple.

XenoEntities Network (XEN) is a platform for discussion and experimentation focusing on the intersection of queer, gender and feminist studies and digital technologies, organised by Pedro Marum, Lou Drago and Zander Porter.