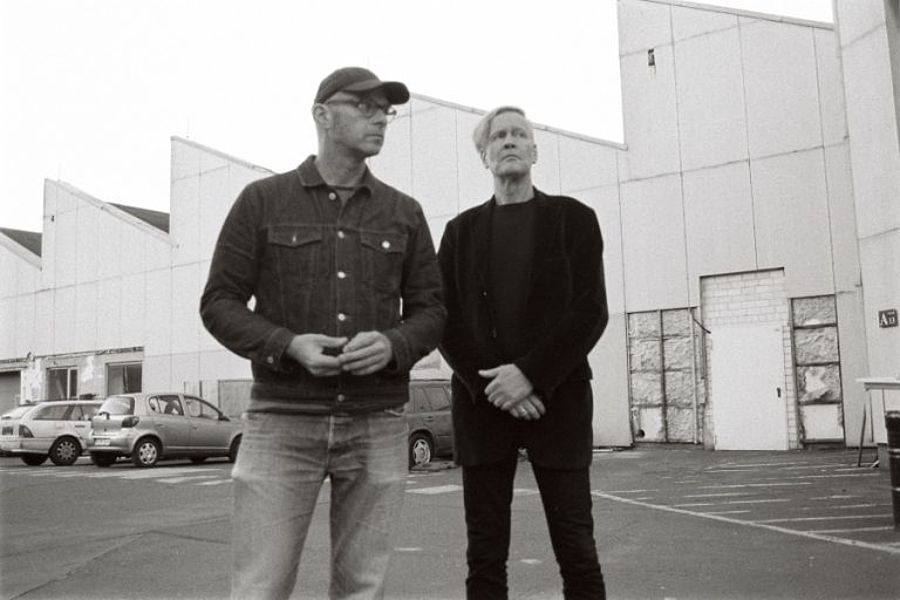 Announcing the onset of night, Driftmachine —a Berlin-based duo comprised of Andreas Gerth (Tied & Tickled Trio) and Florian Zimmer (Saroos)— have created Nocturnes, a psychoactive, dream-inducing stimulant of sorts: Evoking and maintaining a trancelike state, the duo’s six-part journey into the dark was originally inspired by reading The Rest Is Noise and listening to the music discussed in Alex Ross’ seminal book. The resulting soundscapes, written and recorded since 2012, redefine the lines between insomnia and slumber, between wraithlike dub grooves gone awry, the dancing flicker of a slack-joint bedside lamp, and eerie electronics.

Nocturnes is essentially comprised of six studies in precision: perfectly symmetrical structures that slowly spread their bass-heavy wings, sprawl like digital fungi, shift shape and – paradoxically – seem to drift and to obey the two captains at the helm. It’s an album of hypnotic and mesmerizing electronic landscapes based on various interlocked layers of rhythm. “Getting deeper into the world of modular systems introduced us to new ways of creating music,” they say, and it also allowed Gerth and Zimmer to redefine and rearrange styles and genres they generally feel drawn to – dub, riddims, anything with bass really –, so the heavy bass and percussive elements of Nocturnes don’t come in the colors you’d expect them to: Driftmachine’s palette stays true to the colors of night, a massive scale of gray.

With its meticulously displaced details and intricate harmony layers, Nocturnes also evokes the electronic avant-garde of the mid-70s, think Cluster during the band’s Zuckerzeit era. Nocturnes keeps the balance between intense, dramatic metrics and rather complex, modulated melodies. Also nodding to Krzysztof Komeda’s compositions (especially his score for Rosemary’s Baby) and the haunting, uncanny vibes of Raime, Nocturnes won’t let you sleep: “To us, the album sounds like staying awake the whole night; it unites all the different moods one might go through.