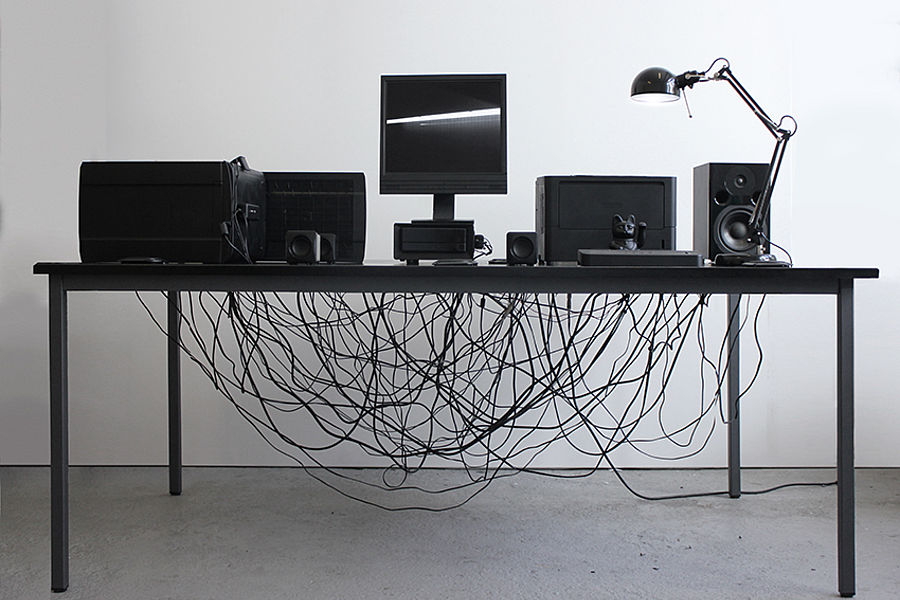 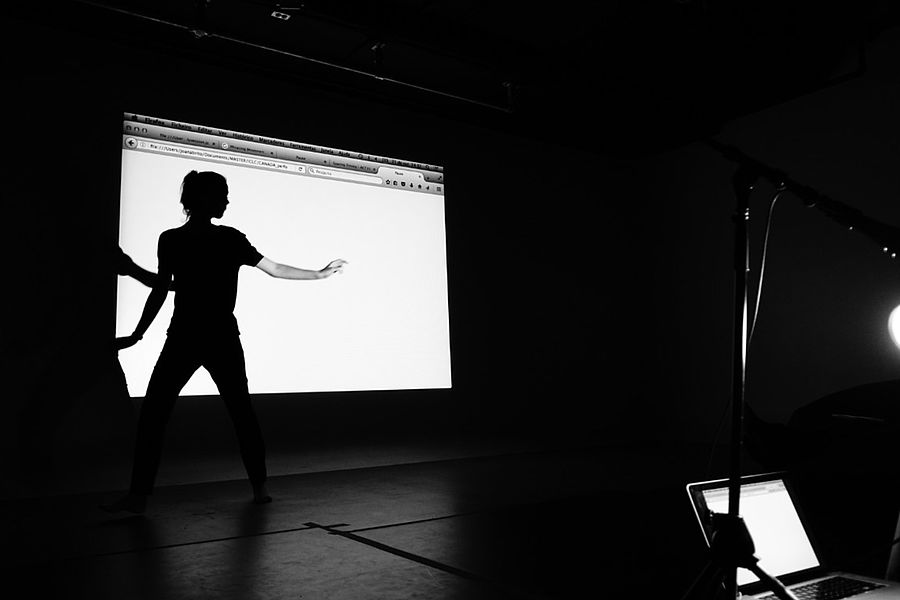 While smart is the keyword of the omni-connection through the internet of things and social media, dark is the state of our relation with the user-oriented technology that operates the data collection of our online choices and issues our privacy and self determination in the web.

Like never before, we are spectators of an effort of sense-making within the massive amount of data available, which is in urgent need of being interpreted by controversial intelligent machines, such as hackers do when they call them systems of surveillance. In this digital space, the Dark Web extends into grey-zone territory: banned by society as a container of illegal activities while serving as a genesis of new subcultures.

The 3rd Exhibition for this section of Dark Society aims to gather works that unveil these technological dimensions while questioning the ability and necessity for users to stay anonymous, hide their tracks or obfuscate their surrounding systems of surveillance.

Counter Surveillance Workshop with tutors Julian Oliver and Danja Vasiliev: From capturing and reconstructing data from wireless traffic, to device tracking, the dark web and online anonymity, participants will acquire both skills and tools normally reserved for those who would wish to take advantage of our lack of knowledge, to assert power over us. Read more: http://spektrumberlin.de/events/detail/counter-surveillance-workshop.html

The Virtual Watchers web-installation by Joana Moll: the website http://www.virtualwatchers.de/ is an on-going research project at the intersection of art, research and technology that questions the dynamics of crowdsourcing at contemporary State borders. It focuses on the exchanges that occurred within a Facebook group that gathered American volunteers ready to monitor US-Mexico border through an online platform that displayed live screenings of CCTV cameras. The declared aim of this operation was to bring American citizens to participate in reducing border crime and block the entrance of illegal immigration to the US by means of crowdsourcing.

SkyLift: Low-Cost Geo-Location Spoofing Device by Adam Harvey: SkyLift is small device that exploits the longstanding vulnerability (from 2009) in geo-location positioning using WiFi BSSIDs. Companies, including Google and Apple, rely on the use of this WiFi packets from home routers to return the estimated smartphone users position. Until now, this method has required the use of multiple routers and a complicated, expensive setup. SkyLift reintroduces the concept to a new audience using a low-cost, Arduino-compatible WiFi transceiver (ESP8266) to relocate the user to almost anywhere in the world. The project has been exhibited as part of the !Mediengruppe Bitnik’s Assange Room installation at the Zoo Gallery (Nantes), at La Gaîté Lyrique (Paris), and at FACT (Liverpool) where it has been shown to successfully relocate visitors to the actual location of Julian Assange’s room in London. For this web residency, I would like to demonstrate how SkyLift can be easily built and used by activists to break geofencing and obscure geolocation metadata.

Focal Opacity web-installation by 'J-random-x': Newspapers and televisions are increasingly paying attention to the Darknet, Darkweb, Deepweb and to all variations of nicknames for the Tor network, picturing it as an obscure, malefic and opaque underground Internet. Its true nature is in reality a lot more variegated and complex and rarely we get to see it. "Focal Opacity" is an interactive artwork that immediately drags the spectator into the realities and aesthetics of the Darknet. The artist created a software that harvests and snapshots thousands of websites that exist only in this anonymity network and collected a comprehensive visual representation of an otherwise hidden world.

WebPage Act I, II, III performance by Joana Chicau: the artist created a specific grammar or vocabulary that links choreographic concepts from post-modern dance with web-coding functions. The new vocabulary brings new meaning and produces a new imaginary around the act of coding. This technique follows the concept of esoteric programming languages, also called esolang, used when writing so ware, integrating a new grammar into an existing one. Although an esolang doesn’t have a proper functionality, it is used in combination with other programming languages to explore alternative ways of composing and writing code.

Gray Matters Performance by Diana Neranti, Florence Razoux, Régis Lemberthe:  A multimedia performance examining interdisciplinary and international representations and perceptions of the human brain, Gray Matters integrates science, technology, art and cultural history to raise questions about the dichotomy between matter and mind, the ownership and privacy of somatic data, and ethics in traditional and modern medicine across the world. Drawing from the aesthetics of medical traditions, the performance imagines new rituals for harvesting data from the body and deciphering the mysteries of the mind. Gray Matters has been curated by Yidi Tsao and premiered in March 2017 at the Forecast Forum at Haus der Kulturen Der Welt, Berlin.

Scanned_Image Installation by Marcelina Wellmer in coll. with Gösta Wellmer: the work is questioning a circuit of random, technical occurrences. Two scanners are scanning each other – every time in a different, random resolution and at a different point in time. Two webcams relay the scanning process to the monitor and the printer reproduces the image of the scanners’ encounter. An office lamp, flickering along with the process of printing, amplifies the visual noise. The last device in the chain is a shredder – you can take the produced image with you or instantly destroy it. Another element of the work is sound. Piezo and magnetic microphones attached to the technical devices collect their emitted sounds and electrical fields. The signals get amplified directly through twelve speakers in various frequencies and intensity. In parallel the sound gets processed by software on the computer, controlling the office light and creating a looping and feedbacking soundscape. The machines and devices are functioning in an independent, autonomous circuit, making the human factor obsolete.

you-are-watching.me web-installation by NULL: is a live film that uses footage from found open web-cam feeds. It exists in the form of a website that accesses live streaming cameras without any kind of password protection. Some of them seem to have open access by choice, others by neglect, because it is live footage, there is no real control over what happens inside the frame. It is a dramatised narrative construction patched from real life.

dystropicana by the artgames community is a digital multimedia archipelago first conceptualized during a one day jam in the year 2k16. Look at the beautiful coral reefs and lie to me about all the dead parts and soda cans.

Collective Screening: 'Emergence' and 'Po[e]litics From the Anthropocene' two films by Hannes Andersson // 'ENHANC[=MENT' an animation-novel by Gabriel S Moses // 'Internet of Refugees' by Ronnie Karfiol: 'Welcome to Relief & Monitoring' + 'A Virtual Guided Tour in the Aegean Sea' // 'Colombia – a film made with Google-map' by Juan Alonso // 'WATCHING YOU – we are all numbers' a film by Ran Ancor

CryptoParty: Learn and teach how to use basic cryptography tools in a relaxed and respectful atmosphere. No prior knowledge required: curiosity, wanting to learn, asking questions is all that's needed. Bringing your laptop or smartphone would be useful. CryptoParties are always for free. https://www.cryptoparty.in/berlin/spektrum