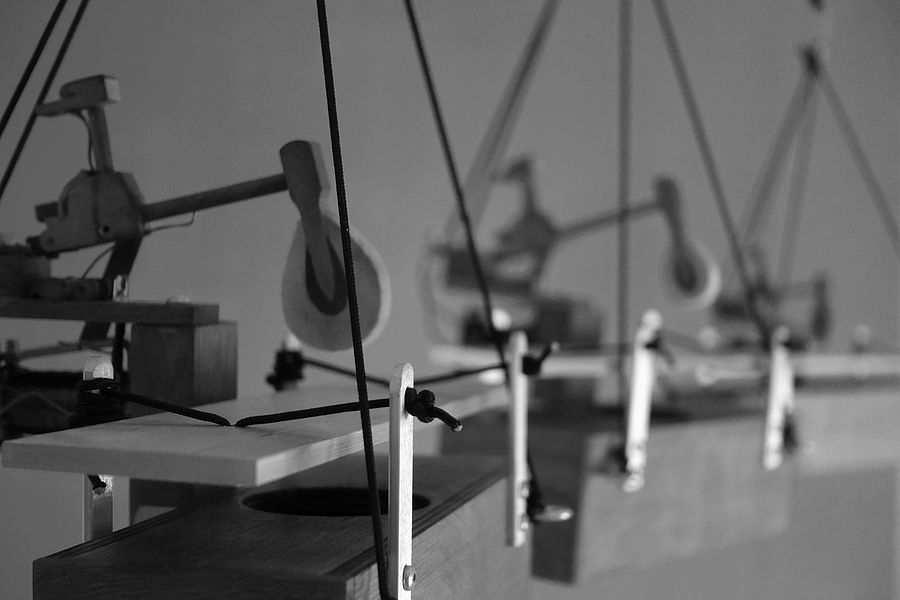 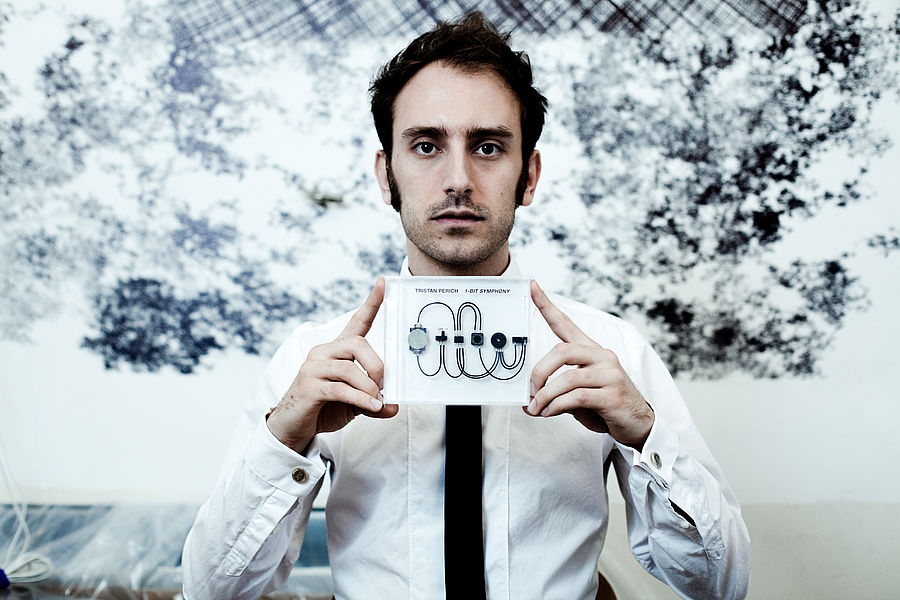 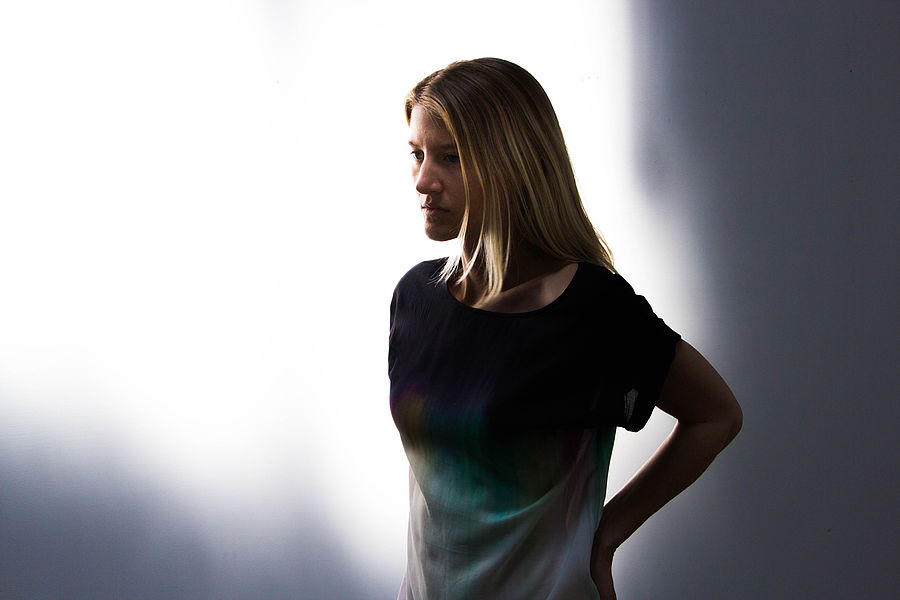 Lesley Flanigan - Subtonalities
In Subtonalities, Lesley Flanigan performs using two sine-wave oscillators that generate low-frequency tones, which she meticulously fashions into a slow-moving harmony combined with pitches from her own voice. Unlike the timbral complexity of her work with speaker feedback instruments, Subtonalities pares her sound material down to the pristine elements of electronic tone. For Flanigan, Subtonalities is a study on the resonance she finds between her voice and electronics. As it unfolds, Flanigan engages sound on a physical level, and how it fills the space around us.

George Rahi - no tree is untouched by the wind
Sound installation inspired by R Murray Schafer’s contemplation of utopian soundscape design strategies and methods of 're-tuning' the world to provoke intimate listening to a location's ambience and acoustic dynamics. Integrating an artistic practice in kinetic sound sculpture, new media technology, and acoustic instrument making, the installation is comprised of a series of individually suspended bell-like metallophones interfaced with electro-magnetically controlled actuators distributed throughout an indoor or outdoor environment. As an architectural intervention, the distributed nature of the instrument is designed to map onto an existing environment, folding along its contours and exploring its spatial qualities as open to re-contextualization through sound. Each bell is controlled via a relay of MIDI signals and together they sound a site-specific composition that incorporates controlled feedback from the surrounding environment resonances.

Tristan Perich's (New York) work is inspired by the aesthetic simplicity of math, physics and code. The WIRE Magazine describes his compositions as "an austere meeting of electronic and organic." 1-Bit Music, his 2004 release, was the first album ever released as a microchip, programmed to synthesize his electronic composition live. His follow-up circuit album, 1-Bit Symphony, has received critical acclaim, called "sublime" (New York Press), and the Wall Street Journal said, "its oscillations have an intense, hypnotic force and a surprising emotional depth." The New York Times called his latest circuit album, Noise Patterns, “techno for silicon-based life forms.” As an electronic musician, he has performed internationally, from Sonár, MUTEK and the Barbican to Lampo and The Kitchen. As a composer, he has received commissions from So Percussion, the LA Philharmonic, Calder Quartet and more, as well as an award of distinction from Ars Electronica for his work for violins and 1-bit electronics, “Active Field”. The New York Classical Review wrote, “More than any composer of his generation, Perich is establishing a new language and a new future path for music.” As a visual artist, his audio installations, video works and machine drawings have received commissions from the likes of Rhizome and L’Auditori in Barcelona, and his artwork has been exhibited internationally, including the Museum of Modern Art, VOLT Festival, the San Diego Museum, the Georgia Museum, and bitforms gallery. http://www.tristanperich.com/

Lesley Flanigan is an experimental electronic sound artist living in New York City. Inspired by the physicality of sound, she builds her own instruments using minimal electronics, microphones and speakers. Performing these instruments alongside traditional instrumentation that often includes her own voice, she creates a kind of physical electronic music that embraces both the transparency and residue of process — sculpting sound from a palette of noise and subtle imperfections. Her work has been presented at venues and festivals internationally, including The Red Bull Music Festival at Saint John the Divine (New York), Sonar (Barcelona), The Pritzker Pavilion at Millennium Park (Chicago), the Guggenheim Museum (New York), The Kitchen (New York), The Broad Museum (Los Angeles), ISSUE Project Room (Brooklyn), TransitioMX (Mexico City), CMKY Festival (Boulder), the Roskilde Museum of Contemporary Art (Denmark) and KW Institute for Contemporary Art in Berlin.

George Rahi is a composer, sound artist, and instrument maker exploring new hybrids between the acoustic, electronic, mechanical, and sculptural realms. He commonly works across a diverse array of interests including electro-acoustics, organology, robotics, and the soundscape. Based in Vancouver where he is an MFA candidate at Simon Fraser’s School for the Contemporary Arts, he currently studies composition with Sabrina Schroeder and generative art with Arne Eigenfeldt. He has produced performances, installations, and works for radio & theatre, notably for the Canadian Music Centre, Vancouver New Music’s Mechanical Music Festival, Vancouver Co-op Radio’s Media Arts Program, and the World Forum for Acoustic Ecology’s 2018 Global Composition event. He is the recipient of major awards including the 2018 R. Murray Schafer Soundscape award for his work in sound installation and electro-acoustic composition and research awards from the Social Sciences and Humanities Research Council of Canada for his research of global confluences in experimental music practices. facebook.com/GeorgeRahiMusic http://www.georahi.com