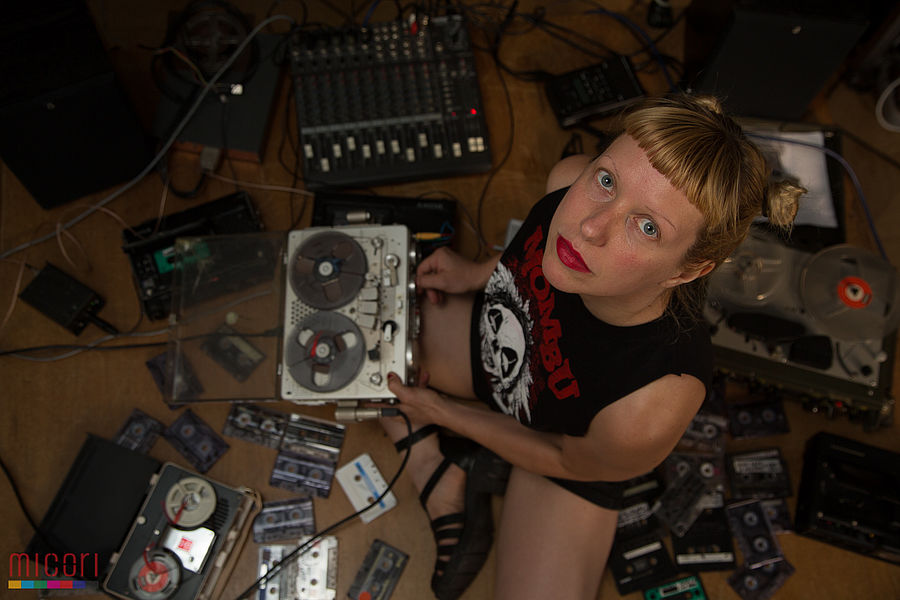 Many musicians of this younger Berlin generation are working with electronics or electro-acoustic devices. The working methods of these musicians/composers are as multifarious as the stylistic results of their music. There are artists who focus on improvisation, others are composing or building installations. Some work with complex and precisely elaborated (custom programmed) software, others rely on analog synthesizers and old oscillators. Some are using self-made objects or instruments while others work with pre-produced field recordings or base their work entirely on found materials like old vinyl records or sampled sound archives. Another characteristic of the Berlin scene is its strong international interconnection and attraction. In recent years, musicians and composers from all over the world have been moving to Berlin with the aim of engaging with and enriching the vital musical discourse.

IN FLUX Festival will present a one week festival of new pieces and works from some of the most important players of this vibrant music scene. Each afternoon invited artist will give a short lecture talking about their working methods and musical approaches. Evening concert sets follow where artists present new pieces commissioned especially for the festival. With 4-5 sets nightly and a maximum duration of 25 minutes per performance, the festival surveys a mosaic-like overview of the current experimental electronic music scene in Berlin. We aim to present the scene in all its complexity with the intention to build evenings of diverse, contrasting music. As a venue we have chosen Spektrum in Neukölln – a rather small and compact room with an intimate and concentrated listening situation.The program can be seen as both inventory and retrospective of 20-25 years of electro-acoustic music in Berlin. All concerts will be recorded and we are planning to release a CD-Box of the entire festival.

Ignaz Schick is a Berlin based sound artist, composer & visual artist. He also performs as an instrumentalist on turntables, objects, live-electronics, alto saxophone & flutes. In his youth he studied the saxophone & performed in free jazz and avant rock bands. At the same time he was getting obsessed with multitrack tape machines, record players & effect boxes & started experimenting with different electro-acoustic set-ups & sound making devices. After college he briefly studied at the Academy of Fine Arts in Munich & worked for several years as an assistant for the contemporary composer Josef Anton Riedl.

ZANGI MUSIC is the production platform of the Berlin based sound artist, composer and curator Ignaz Schick. ZM produces festivals, concert series, international tours and released numerous releases on its own imprint Zarek cooperating worldwide with a huge array of international artists from the experimental music community. Besides Flux Festival Zangi Music was responsible for amongst others „Festival für Andere Musik“, Erase & Reset, Time Shifts, T.I.T.O. [The International Turntable Orchestra] and Echtzeitmusiktage 2010.