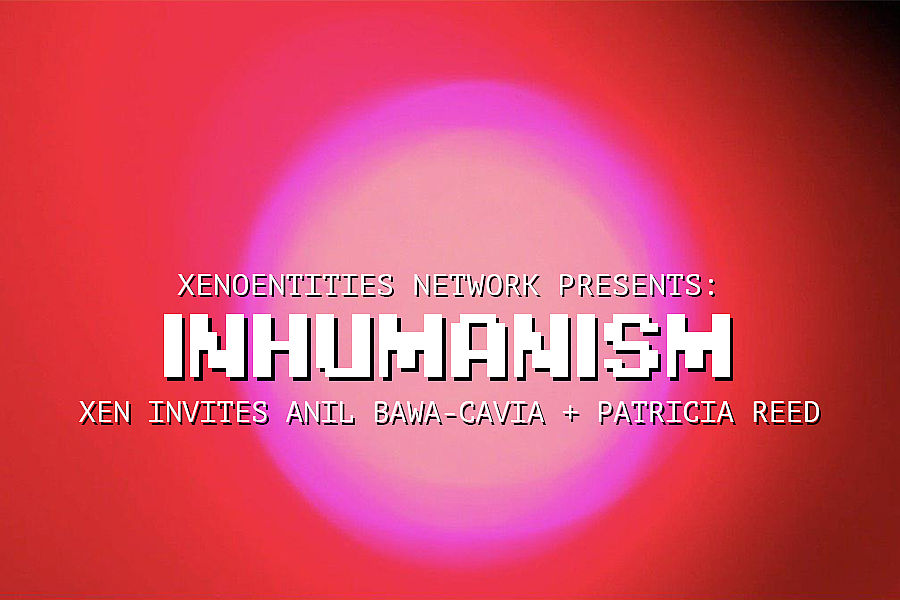 For Vorspiel / transmediale & CTM 2018, XenoEntities Network (XEN) is pleased to invite writers and thinkers Anil Bawa-Cavia and Patricia Reed to join the next community meeting. XEN will screen two to three selected short films to initiate a conversation on inhumanism and expand on it, proposing intersections with machine learning, (in)human-machine interaction, and xenofeminism, amongst other concepts.

In 1951 in the poem “Carmel Point,” American poet and environmentalist Robinson Jeffers coined inhumanism in a call for people to “uncenter” themselves. In 2014 in his “The Labor of the Inhuman, Part I: Human,” Reza Negarestani introduces inhumanism as concretely opposed to “any paradigm that seeks to degrade humanity either in the face of its finitude or against the backdrop of the great outdoors,” emphasizing a commitment to humanity that transcends certain limited boundaries of humanism and antihumanism.

In a time of accelerated technological development and a shared feeling of an imminent environmental catastrophe, we embrace new practices of reason and relations with the world. We propose to move within the contradictions emanating from the category of “human,” taking particular note of those which have historically perpetrated epistemological, colonial, and other forms of violence and exclusion.

Anil Bawa-Cavia is computer scientist, writer, and founder of ST-DIO, a speculative software studio based in Berlin.

Patricia Reed is an artist, writer, and designer based in Berlin. As a member of Laboria Cuboniks, she is co-author of “Xenofemenism: A Politics for Alienation.”

XenoEntities Network (XEN) is a platform for discussion and experimentation focusing on the intersection of queer, gender, and feminist studies and digital technologies, organised by Lou Drago, Pedro Marum, Rita Macedo and Zander Porter.