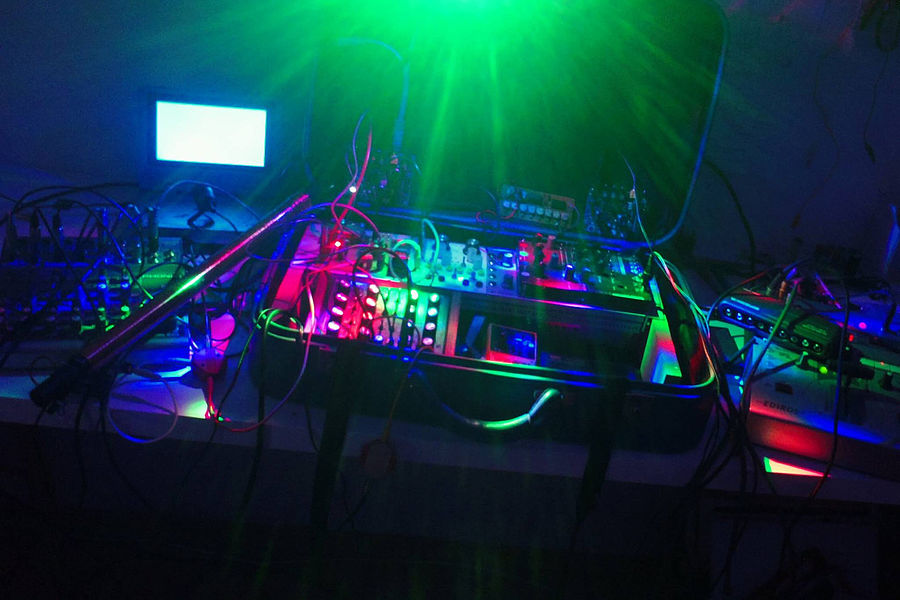 Kasia Justka is a Polish multimedia artist based in Berlin. Her work capitalizes on her obsessions with the medium of electricity and weird organic sounds. Her art can be seen as invocations to the vast power inherent within electronic systems and networks. With this conceptual frame in mind Kasia fashions a dynamic order and form from primitive entropy. Using light, sound images and objects as her tools, her intuitive and analogue based performances have led to collaborations with theaters, galleries, fashion designers, artists and festivals, including Electrovision London, Transvisualia, Free Form Festival, CynetArt_08, Unsound Festival, Piksel in Norway, Warsaw Electronic Festival, gallery Zacheta, WRO Bienale, TR Warszawa, Volksbuhne and others.

Jan Willem Hagenbeek a.k.a. Colloid started experimenting with sound in 1992 using circuit bent toys controlled by an Atari computer and Cubase. His ongoing search for noises and clicks has brought forth an ever-expanding collection of DIY devices. Live on stage Colloid creates an atmospheric soundtrack using a modular synth, effects and other hardware instruments - most of them homemade.