We invite you to a preview evening at SPEKTRUM with the iii initiative, featuring performances by artists Mariska de Groot, Dieter Vandoren and Wen Chin Fu.

iii (http://iiinitiative.org/) is an artist run platform for the development of self-made media based in The Hague, the Netherlands, which promotes radical interdisciplinary work crossing between the fields of music, visual arts, theatre and media design. Inventing new instruments and out-of-the-box presentation formats that engage with the four dimensions of image, sound, space and the body, iii strives to offer unique experiences to a broad and varied audience.

This event is supported by the Performing Arts Fund NL.
Cover photo by Ed Jansen.

Shadow Puppet? presents an interplay of embodied performance and analog machinery that gives rise to an engulfing play of light, shadow and raw optical sound. Two performers – one behind the machines and one in the spotlights – play this light-to-sound instrument in a dynamic tension of attraction and repulsion. It never gets quite clear who is conducting who… This performance has been exhibited on an international stage, including Ars Electronica and CTM festival.

The Spine Spinning performance focuses on the movement of spine. Through the sound of body and voice, the performer transforms the human body to an unknown creature. 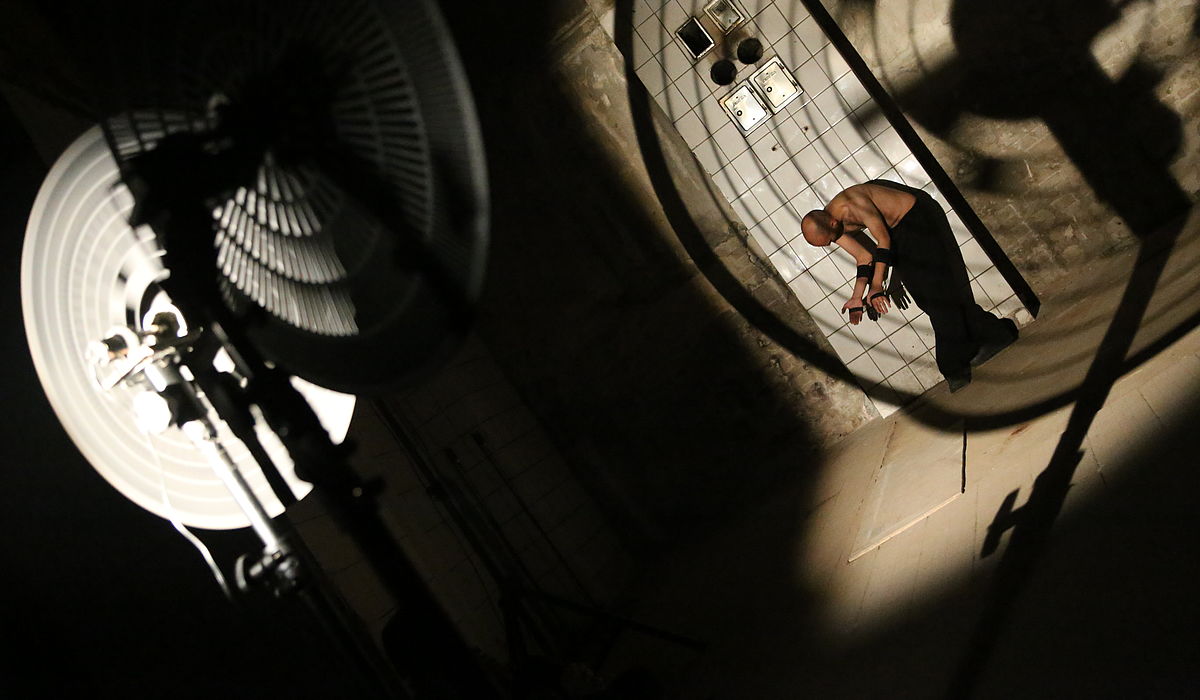 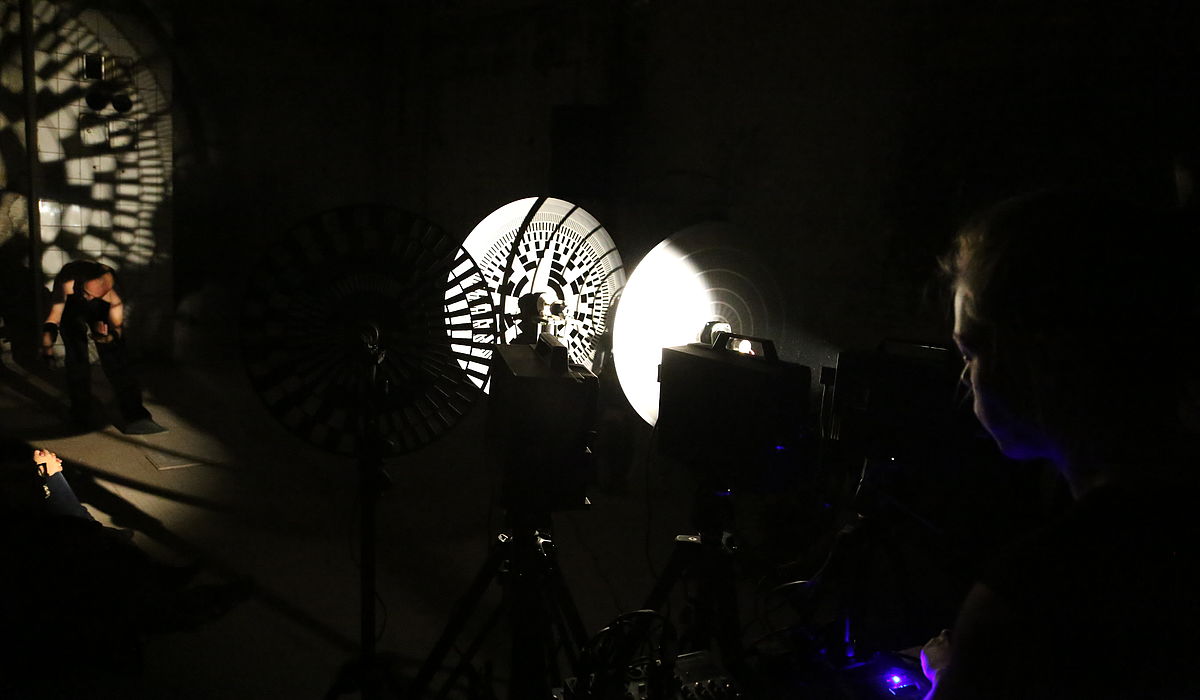