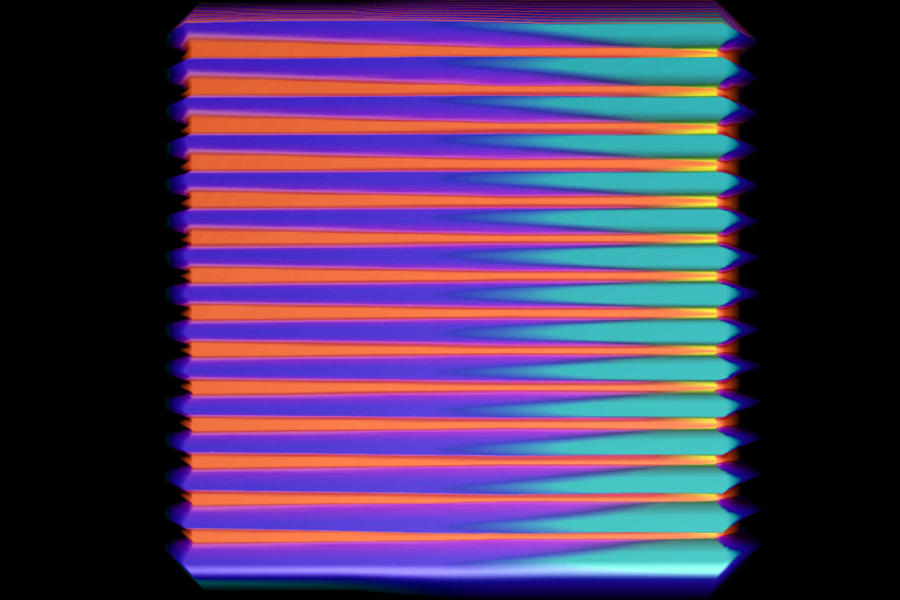 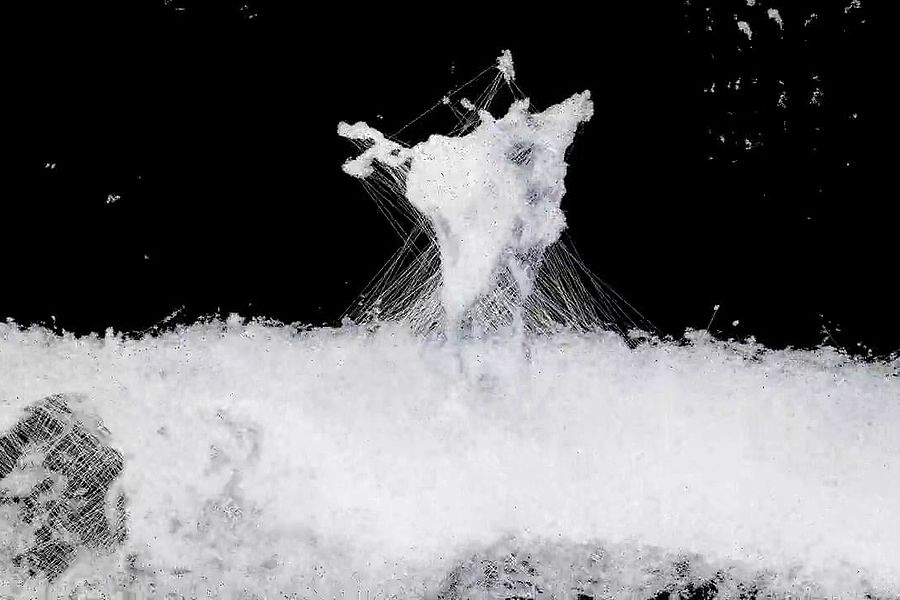 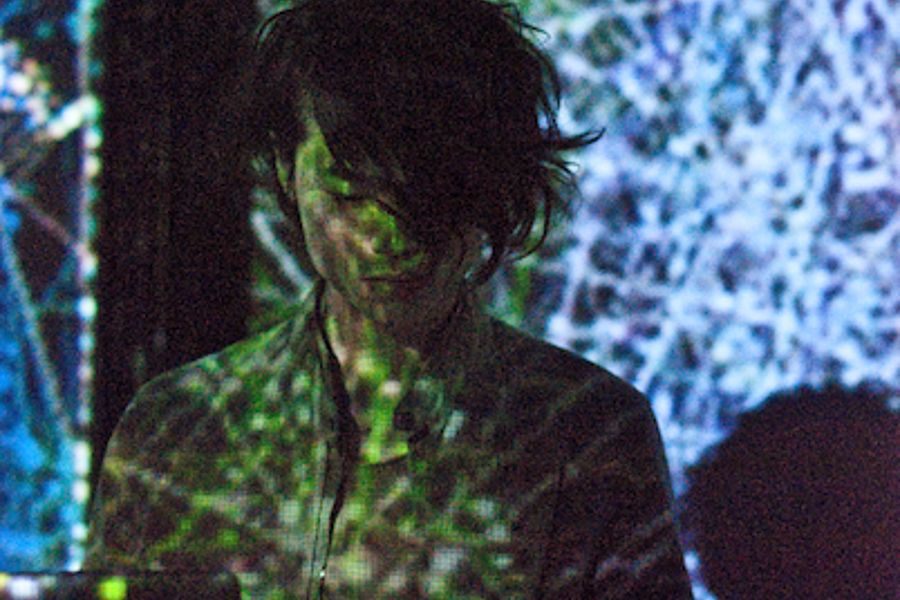 Ryoichi Kurokawa & Novi_sad collaborate to create Sirens, an impressive body of work comprising five audiovisual pieces which explore the aesthetics of data. Sirens is a collection of digitally rendered visual formations and sound compositions, whose intensity fluctuates as in relation to the unfolding of the economic downturn. Tied to the fate of the global markets, the more the economy fails (as represented by data and, indexes); the more developed and complex the coupled sounds and visual sequences become. Any disintegration of financial fortunes leads directly to the emergence of a greater creative energy in an inverse ‘tug-of-war’.

Sirens elucidates the relationship between generative visualisation and cinematic practices, as this computer generated video work transforms our understanding of the relationship between moving image, data and the cinematic. By immersing the spectator in an audiovisual scape and narrative, the work heightens the performativity of processes, be they ‘technological’ or ‘natural’. The title of the work is inspired by the Greek mythological creatures that seduce sailors ashore into danger, as a metaphor for market fervour leading to economic collapse.

The open system allows for improvisation while at the same time staying close to the aesthetics of sound and video synthesis, and as such is an immersive performance that explores that many possible mutations of simple pattern-based systems. Approximate Accuracy is a homage to the masterpieces of early electronic music and video synthesis, combining them with modern approaches of audiovisual performance as a continuation of the visual music tradition.

Ryoichi Kurokawa is a Japanese audiovisual artist, born in 1978, lives and works in Berlin, Germany. Kurokawa’s works take on multiple forms such as installation works, recordings, and concert pieces. He composes the time sculpture with the field recordings and the digital generated structures, and reconstructs architecturally the audiovisual phenomenon. In recent years, his works are shown at international festivals and museums including Tate Modern[UK], Venice Biennale[IT], Palais de Tokyo[FR], Transmediale[DE], EMPAC[US], YCAM[JP] and Sonar[ES]. In 2010, he was awarded the Golden Nica at Prix Ars Electronica in the Digital Musics & Sound Art category.

Novi_sad is the guise for Thanasis Kaproulias (b. 1980) who holds a degree from the Economic University of Piraues. He lives and works in Athens, Greece. Influenced by the pioneers of audio assault, he began generating sounds in 2005. No studies, no academic education, no scholarships, just pure learning by doing. Amplified environmental recordings, drone manipulations, structured ambient soundscapes, microtones vs overtones, all come together in a hyper structure of iconoclastic form. Novi_sad’s artistic output displays a high level of technical ability, as well as a sensitivity to the nuances of location.

Frank Bretschneider is a musician, composer and video artist in Berlin. His work is known for precise sound placement, complex, interwoven rhythm structures and its minimal, flowing approach. Bretschneider’s subtle and detailed music is echoed by his visuals: perfect translated realizations of the qualities found in music within visual phenomena. In 1986, after establishing his cassette label klangFarBe, Bretschneider founded AG Geige, an influential East German underground band. In 1996, Bretschneider co-founded the Rastermusic record label, later raster-noton. He is releasing his music and performing at music/media festivals worldwide.

Pierce Warnecke is sound and video artist from the US, based in Europe for over a decade. He works equally in the sonic and visual domains via performances, installations and compositions. He is currently a professor at Berklee College of Music in Spain. He has presented his works in many international festivals and spaces, such as Mutek, KW Institut Berlin, CTM Festival Berlin, Elektra, NEMO, Scopitone, Zero1 Biennale, Transmediale, and more. He releases music on Portals Editions and Room40. He is represented by CTM’s DISK Agency in Berlin.