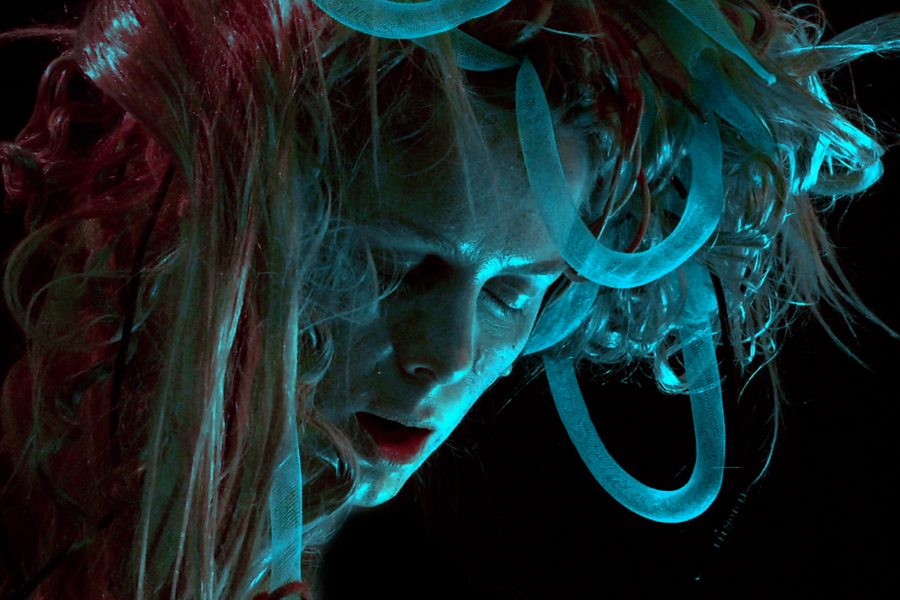 The Weird Space Between Life & Death
a collection of films by artists, assembled by Lily Benson for SPEKTRUM

Here we find a fine gray mushy spot, sitting directly between vibrant life and eternal death. As medicine advances, more of us are given the opportunity to catch a glimpse of this strange and magical in-between space.

Even so, this place is infinite and tricky to find, making it difficult to visualize or understand. So join us on an exciting journey there, to The Weird Space Between Life and Death, through the transportive works of ten filmmakers who aren’t afraid of dying.

Coming together for one night only are perilous videos by:

"The voice loses its origin, the author enters his own death, writing begins."
- Roland Barthes, Death of the Author

“When I was very young, I had a near death experience. I fell into a lake and almost drowned. I was too young to really understand it, but it’s obviously stayed with me as a major part of my life. It think what it taught me is that nothing is really permanent and nothing is really stable. And I was shown death at a very young age, luckily I didn’t stay over there in that side, but it really affected me very deeply. I think that’s where a lot of my imagination comes from, and a lot of my feeling that there’s always something below the surface.”
- Bill Viola, InFrame TV Interview

“What man can you show me who places any value on his time, who reckons the worth of each day, who understands that he is dying daily? For we are mistaken when we look forward to death; the major portion of death has already passed, Whatever years be behind us are in death's hands.”
- Seneca, Letters from a Stoic

“You only have to look at the Medusa straight on to see her. And she's not deadly. She's beautiful and she's laughing.”
- Hélène Cixous, The Laugh of Medusa

“To die, to sleep - To sleep, perchance to dream - ay, there's the rub, for in this sleep of death what dreams may come...”
- William Shakespeare, Hamlet