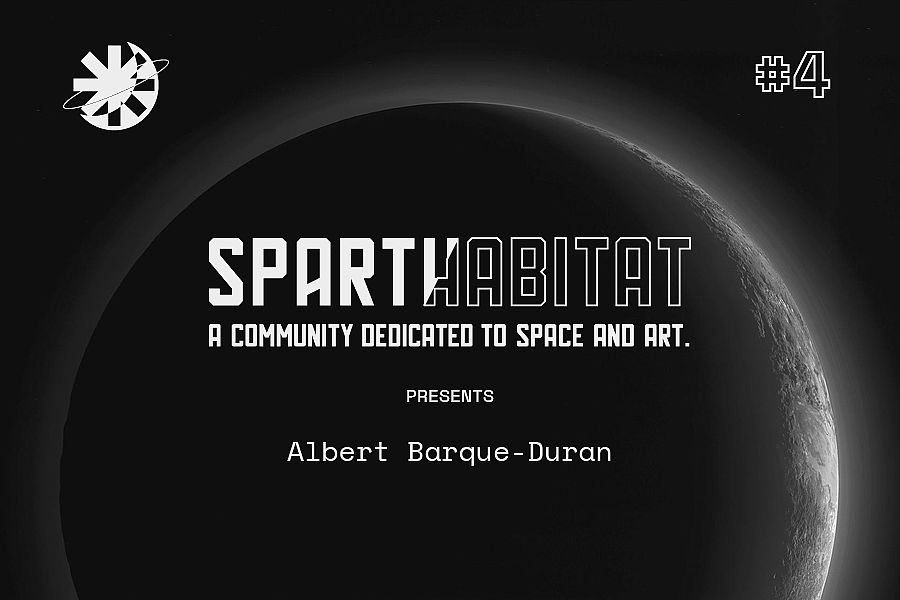 For our last edition of the year, we invite artist Albert Barqué-Duran to present the awarded scientific and artistic project “The Zero-Gravity Band”. It is an examination of the production and perception of art when restrictions of Earth’s gravity are absent. Also, we want to celebrate the first year of SPARTHabitat. Come by for drinks and let's talk together about ideas and projects for the habitat in 2019.

He leads disruptive projects at the intersection of art, science and technology with the aim of: (1) finding novel formats of generating scientific knowledge; (2) reflecting about contemporary and futuristic issues and its cultural implications; (3) creating powerful experiences to push the boundaries of our perception.

“The Zero-Gravity Band”, Premiered at Sónar (Barcelona), is an awarded scientific and artistic project that examines both production and perception of art when we are not restricted to the physical laws and framework that planet Earth’s gravity imposes to us. The aim was to produce the first artwork designed to be experienced outside planet Earth while doing an artistic performance under 0 gravity in a parabolic flight. This was an international project and there were several academic and non-academic partners involved such as City, University of London; Royal Holloway, University of London; MIT Media Lab – The Opera of the Future Lab; Berlin School of Mind and Brain – Humboldt Univeristy zu Berlin; EURECAT – Technology Centre of Catalonia; IED – European Institute of Design; GoPro; among others.