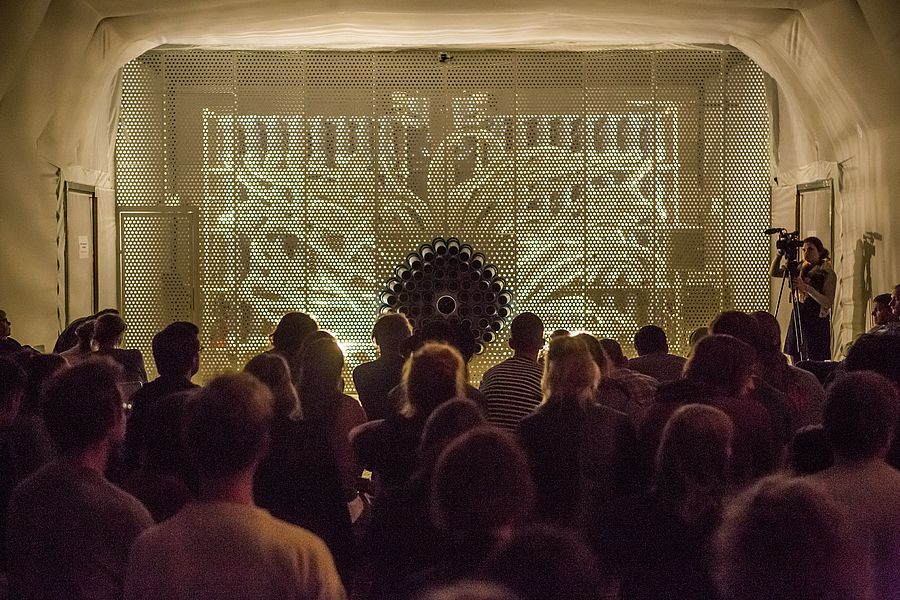 We are thrilled to welcome the multimedia artist and inventor Wolfgang Georgsdorf as our guest at our next meetup in March.

During his lecture on his decade long development Osmodrama (www.osmodrama.com) we will gain insights into his olfactory practice and perception. Afterwards Wolfgang will be available for questions.

Osmodrama is an art form of performing moving odor sequences via Smeller 2.0, the technology required for this. The collective perception of stories with odors takes place in the "Osmodrome", the place where the audience experiences the performance. Georgsdorf calls his audience "Zuriecher" or "Odience". Smeller 2.0 is a digitally controlled, electronic smelling projector that allows composing, performing, recording, arranging and archiving of odor sequences as an instrument. Wolfgang Georgsdorf (www.georgsdorf.com) is Austrian and has been living in Berlin and Brandenburg for 27 years.

--> And by the way: all who attended the last meetup in February can take their fragrance compositions with them!