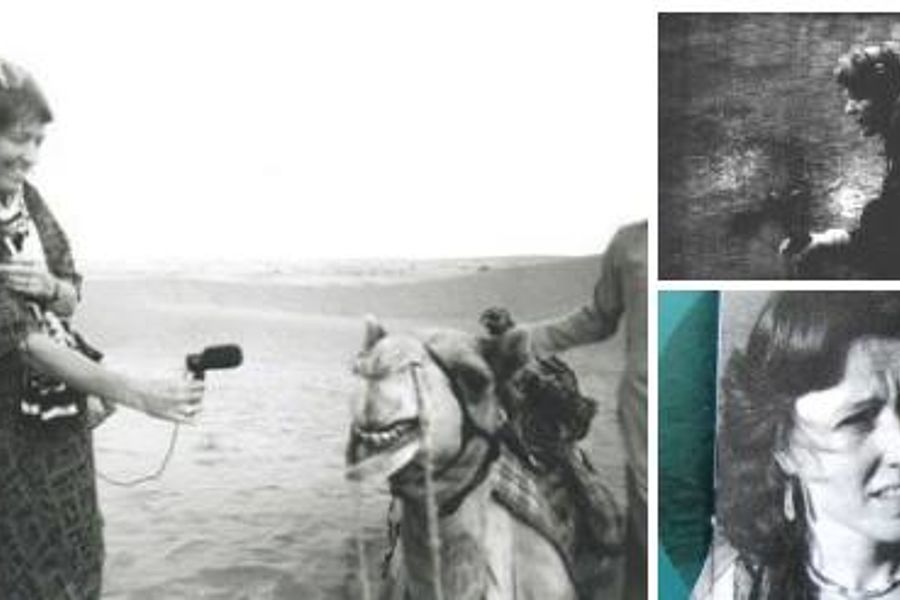 Because many women asked to rerun PART II we will hold this workshop again offering a second chance to those unable to attend in January. After this rerun we will finish this technological cycle with PART III focused only on live performance -how to use Ableton Live- on stage.

This is the second and final part of the first workshop hold at Spektrum on 19 December. In this workshop female participants will learn how to produce their own sound works, using their own recordings (recorded in the workshop), and further processing and presenting them using Ableton Live or free software (Audacity). The mentor will focus on Musique Concrète techniques mixed with electronic sound production. This electro-acoustic workshop uses Delia Derbyshire and John Cage’s works as intellectual and sonic reference points.

WORKSHOP DESCRIPTION (Part II)
In this second part we will explore only Ableton Live in more detail. Audio Effects, Instruments, Recording, Audio-Editing and audio mixdowns. All participants will create a 10 minute sound art composition by themselves using all the elements learned in this second shot. Women who did not attend Part I are welcome to join Part II since we will rerun the most important and basic elements for using digital softwate focused on Ableton Live. You do not need any previous knowledge to join!

MENTOR
Verónica Mota: Musician and sound designer from Mexico City currently working in Berlin. Her works encompass analogue and digital synthesis, field recordings and musique concrète techniques, often displaying her proficiency at playing a variety of instruments. She has produced a large body of soundtrack work for Radio, film and performance, and, with Cubop & Espectra Negra, as a solo artist in her own right. ​

Verónica Mota is also the funder and curator behind Urban Arts Berlin, a non-profit arts organization based in Berlin, Germany. She works at bringing together excellent talents from all over the world. Her experience and hard work have found a fantastic global resonance in the field of sonic art. She has become one of the most important curators for supporting international female composers and musicians in Berlin. She does not, however, exclude male artists. ​

Since 2016 she also became member of The Ready Orchestra which brings together 21 female soloists based in Berlin with a Classic, Electronic, Electro-acoustic and Experimental background.&nb