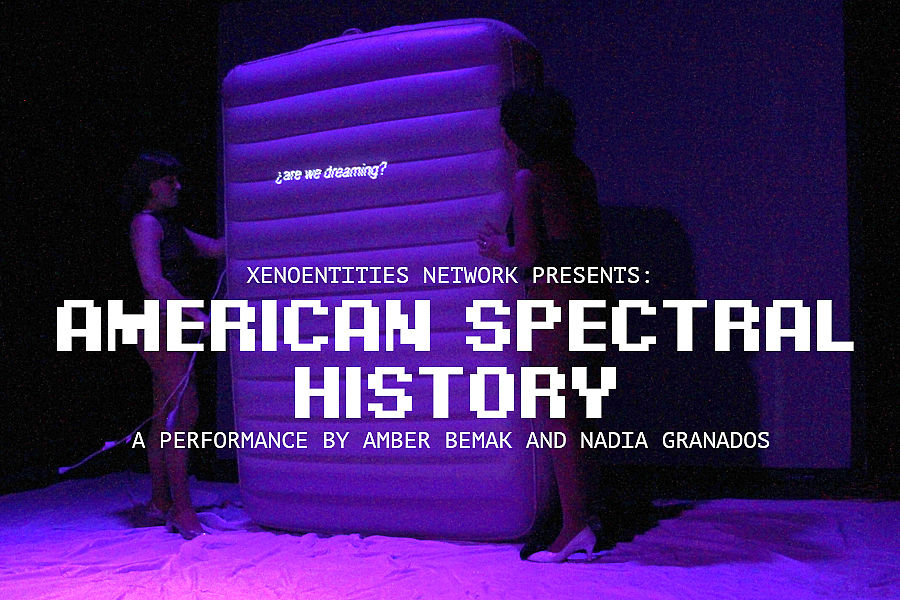 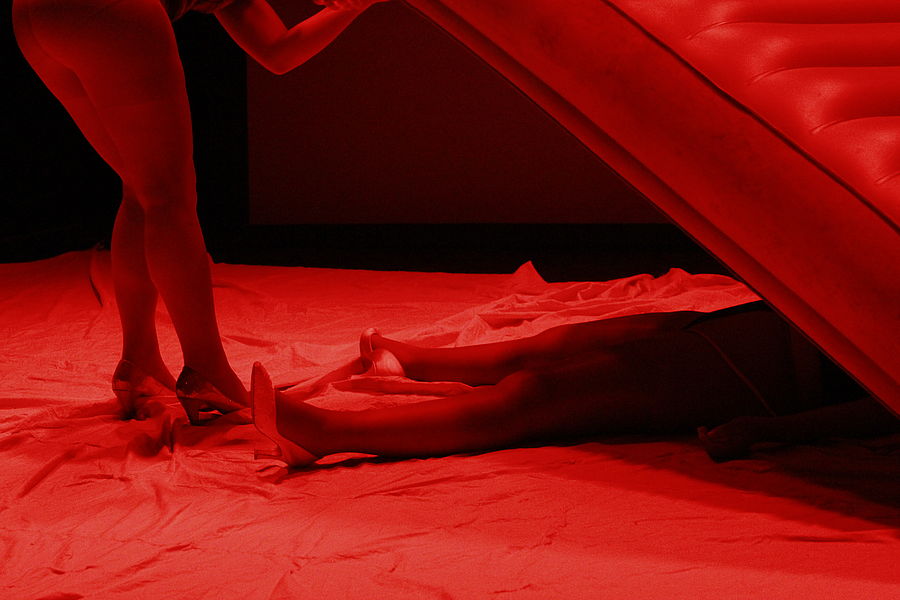 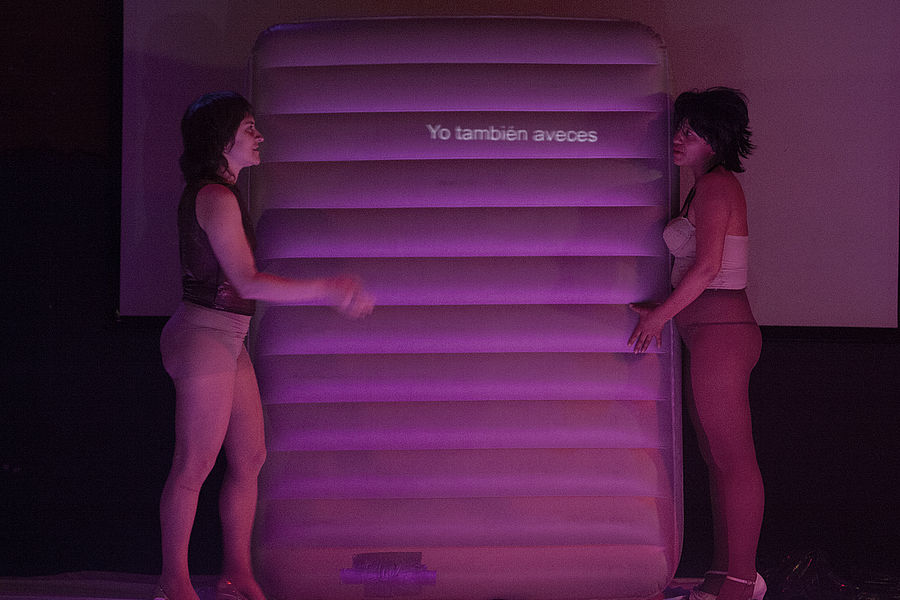 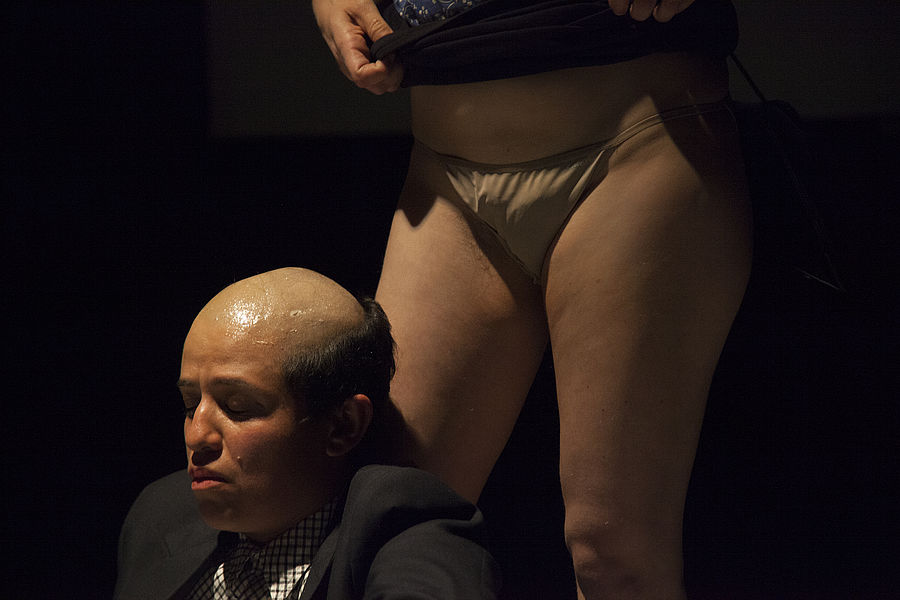 Divided into two sessions, on the 16th and 21st of July, XenoEntities Network (XEN) has the pleasure to present the work of Nadia Granados (Colombia/Mexico) and Amber Bemak (United States). Their work explores how geopolitical mechanisms of power, such as imperialism and globalization, mediate relationships and intimacy, bodies and sexual encounters, through their own relationship as two female lovers. Using video and performance, Amber and Nadia denounce the topographies of violence drawn by national and bureaucratic borders, exposing how these spatial operations are testified by their gendered and sexualized bodies.

AMERICAN SPECTRAL HISTORY is a queer multimedia performance about terrorism and xenophobia, relationships between the United States and Latin America, and resistance to large-scale patriarchal power. The show specifically investigates the connections between South and North America through multiple manifestations of embodied love and violence. Using light, scissors, and cloth, the artists conjure up murdered women, using a video exchange they look to their presidents for answers, and turn to each other to investigate their own multiple objectifications- as women lesbian self-identified monsters. They choose to mutate in order to avoid categorization, asking the audience to mutate with them as they embody a variance of formations.

Amber Bemak teaches filmmaking at Southern Methodist University in Dallas, TX. Her creative practice is based in experimental and documentary film, and multi media performance art. Her work focuses on themes of Buddhist culture, performative explorations of the body in relation to greater political systems, and cross-cultural encounters in the context of globalization. Her feature and short films have played in numerous festivals internationally, and have been seen at venues including the Elizabeth A. Sackler Center for Feminist Art, Sculpture Center, and the Tamayo Museum. She has taught film theory and practice in India, Nepal, Kenya, Mexico, and the United States.

Nadia Granados is originally from Colombia, and currently based in Mexico City. Her work explores the relationships between traditional pornography and violence and is both performative and technological, art and activism, and a mix of cabaret, intervention, and streaming video. In all of her work, she uses her body to detonate, opening up new pathways of action and shifting consciences. Among the many awards she has received are the Franklin Furnace Fund, the 3rd Visual Arts Biennial Bogotá Prize, and the FONCA award for Colombia-Mexico artist residencies. Her work has been presented in Canadá, Venezuela, Spain, Argentina, Chile, Costa Rica, Germany, Ecuador, Argentina, Perú, the United States, Mexico, Korea, Brazil, and Colombia.