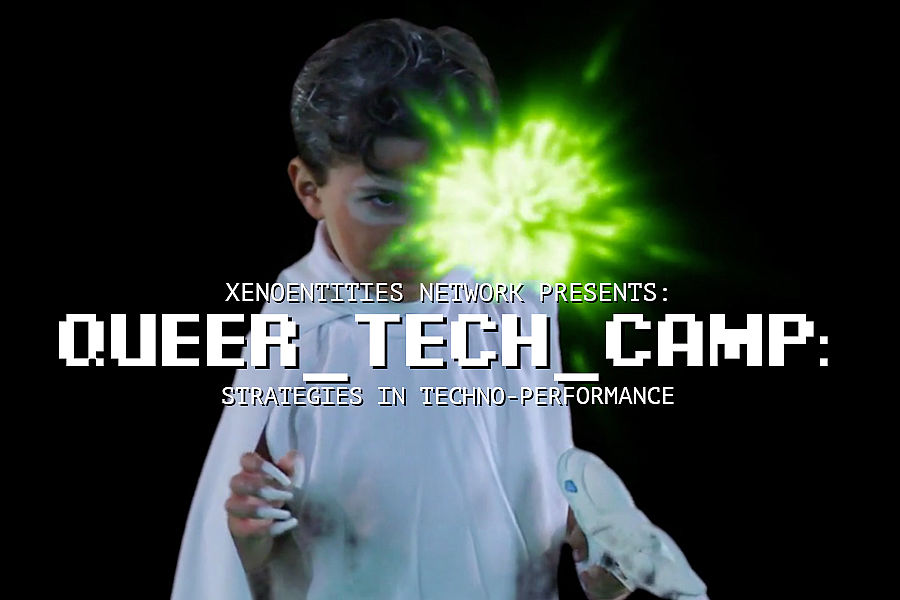 Pie-bomb telekinesis, urine-watered doll-flowers, and various baby repurposing: such are a few of many “OTT” (over the top) images from a collection of video-performance shorts and excerpts which embrace queerness and gender as techno-camp performance. Considered as and beyond Susan Sontag’s articulation of camp as an ineffable “sensibility,” this screening-event will consider the digital aesthetics of post-2000 in an effort to laugh with/against, queer, expand, and deconstruct notions of temporality/futurity, heteronormative social and familial relations, historiographic intervention, and the dominant technologies of (Pixar) animation, or digital affect/effect. We might imagine queer failure as not aesthetic failure, but rather, as José Esteban Muñoz highlights, a political refusal. Please join us to consider (a few of these) various strategies alongside each other and to think critically about, or disidentify with, our intimate relations with our techno-devices as per, and perhaps also against, some strategies posed by these artists.

Suggested reading:
José Esteban Muñoz's “After Jack: Queer Failure, Queer Virtuosity” from Cruising Utopia: The Then and There of Queer Futurity and Disidentifications: Queers of Color and the Performance of Politics
Susan Sontag's “Notes on ‘Camp’”
Jack Halberstam's “Animating Failure: Ending, Fleeing, Surviving” from The Queer Art of Failure
Hito Steyerl's “In Defense of the Poor Image” and “The Spam of the Earth: Withdrawal from Representation”
Jennifer Doyle and David Getsy's “Queer Formalisms: Jennifer Doyle and David Getsy in Conversation”
Allucquère Rosanne Stone's The War of Desire and Technology at the Close of the Mechanical Age

XenoEntities Network (XEN) is a platform for discussion and experimentation focusing on the intersection of queer, gender, and feminist studies and digital technologies, organized by Lou Drago, Pedro Marum, Rita Macedo, and Zander Porter.