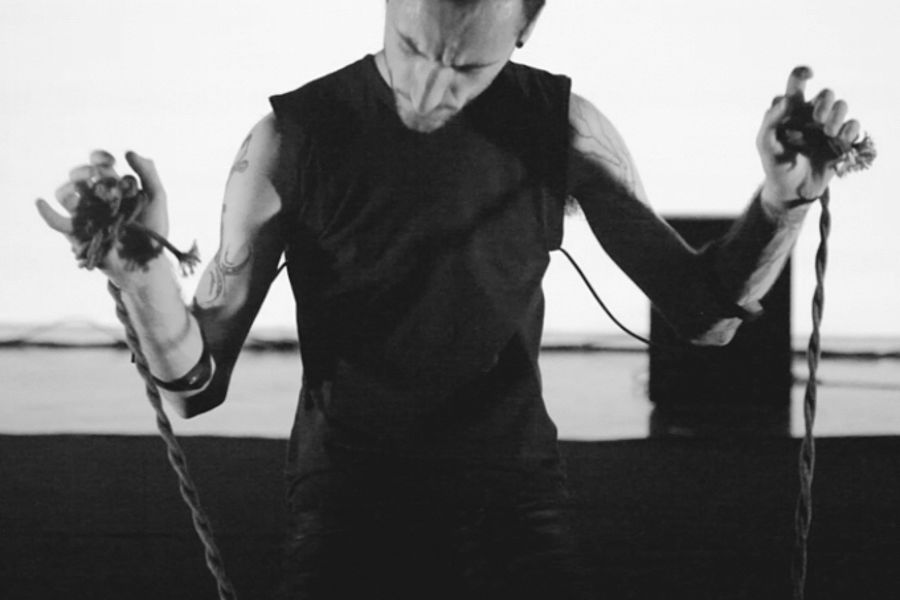 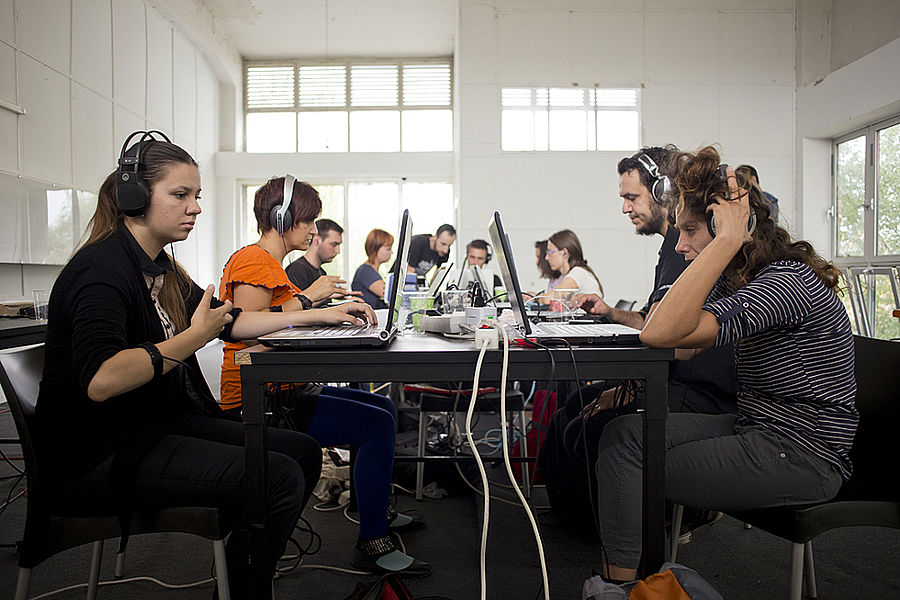 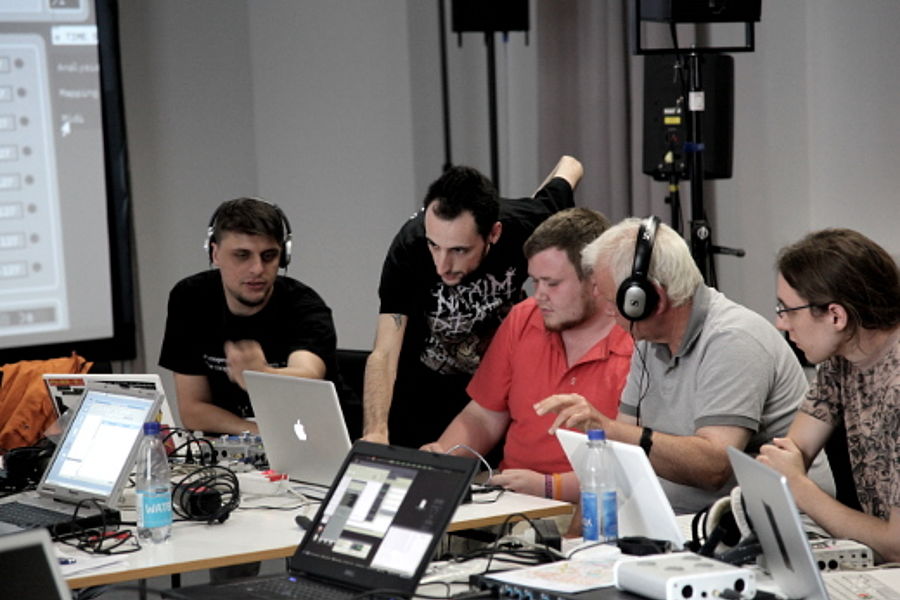 This weekend course offers hands-on experience and theoretical training in the performance of biophysical music and visuals with the XTH Sense. Biophysical music is an emerging form of live art based on a combination of physiological technology, markedly physical performance, and music computing.

Workshop participants will build from scratch their own wearable bioacoustic sensors; learn how to analyze and map the data from their muscle and body movements to generate music and visuals; and experiment with live processing of the sounds from their own bodies. Attention will also be paid to aesthetic considerations when using the XTH Sense in artistic contexts.

At the end of the workshop, participants will take home the XTH Sense they built, as well as the related software for their own continued creative use.

About the XTH Sense:

The XTH Sense is a DIY musical instrument which allows an artist to use muscle movement to control music and visuals. In contrast with most bio-sensing technologies which are expensive and closed to modification, the XTH Sense is designed to be open, low-cost, and easily implemented by anyone, regardless of previous electronics experience.

The XTH Sense won the first prize in the prestigious Guthman Musical Instrument Competition by the Georgia-Tech Center for Music Technology (US) and was named “world’s most innovative new musical instrument”.

This workshop is open to anyone with an interest in sound and music. Musical background and education does not matter as long as you have a willingness to challenge your usual perspectives on musical performance. No previous knowledge of electronics and programming is necessary for this workshop, however participants should be familiar with basic digital music creation.

A unique presence across contemporary performance and media art, Marco Donnarumma distinguishes himself by his use of emerging technology to deliver artworks that are at once intimate and powerful, oneiric and uncompromising, sensual and confrontational. Working with biotechnology, biophysical sensing, as well as artificial intelligence and neurorobotics, Donnarumma expresses the chimerical nature of the body with a new and unsettling intensity. He is renown for his focus on sound, whose physicality and depth he exploits to create experiences of instability, awe, shock and entrainment.

In over a decade of practice Donnarumma has developed a deeply transdisciplinary expertise, drawing equally from live art, music, biological science, computation and cultural studies. He holds a Ph.D. in performing arts, computing and body theory from Goldsmiths, University of London, and is currently a Research Fellow at the Berlin University of the Arts in partnership with the Neurorobotics Research Lab Berlin. His writings on body, music, technology and performance studies are published by MIT Press, Oxford University Press and Springer.